prologue to the satanic brides of dracula 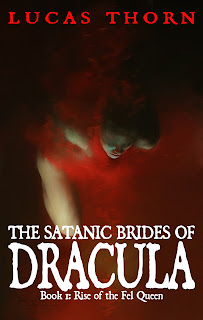 With the release of my first in the Rise of the Fel Queen series coming soon, I thought I'd continue my tradition of offering the prologue before the book's release.

This is a different book for me, but one which still continues to have the same thrilling violence as my other works. Also, probably some scenes to disturb. My heroines are satanic vampires, after all...