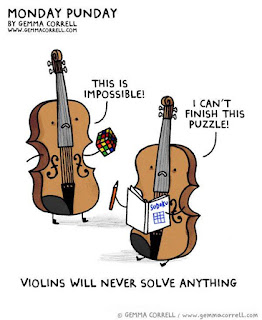 A lot of authors write violence into their fantasy novels. Joe Abercrombie's been leading the charge for a few years now (and it's always nice to see a fellow George G. Gilman fan), and many have followed beneath a banner of grimdark.

So, where do I think I'm different?

Well, I'm a little more graphic. I'm not sure that's something to be proud of, though, and I'd like to use this post to explain why I decided to go this route.

Firstly, I was dissatisfied. I guess I've grown up around 80s action and horror movies. You might not know this, but I used to review horror films. This is going back to the late 90s and I've now long since OD'ed on them, but I loved watching them. Splashier the better. No, sorry, I wasn't a King fan. I was more into James Herbert.

If you haven't read James Herbert, he's an amazing writer. He was brilliant at making you care about a character in record time. In one short chapter, you'd get some backstory and enough personality that, when the rats ate that character at the end of that same chapter, you really felt bad. And boy, did he know how to make entrails glisten. Graphic as hell, he made my teen jaw drop. I'd never read anything quite like it.

When choosing how to portray the violence in the Nysta series, I toyed with a few different styles. I was originally much more subdued. The action was less stylistic, and more straight-forward. I changed my way of thinking after reading a popular author who wrote a lot of books about a supposed assassin character. Only, the twist is, his assassin character was never actually an assassin. They were the good guy, and they had honour. They seemed to only kill bad guys.

I decided Nysta would kill anybody. Just pay her enough. And, while I'm developing her code of ethics over the next few books, I already know her code won't stop her killing possible good guys. Just pay her. Or else.

With that kind of decision, graphic violence more or less becomes compulsory. And you have to be willing to get your hands wet, so to speak. Splashy. Grisly. Entrails like a busted sack of eels (loved that line).

I'm writing this because people ask if fantasy should have this kind of violence. I can only answer with a shrug and say, it depends. It depends on what you're trying to achieve. Would this work with Lord of the Rings? Probably not. Or Salvatore? Probably not. And I'm sure Eddings didn't want to go down this path, no matter what Beldin wanted.

Violence is, in essence, a character of its own. It's something which adds colour to your story, and that colour doesn't always need to be vicious and red to make your story work. Gritty is not always best. It's just one style among many. Choose it with care, because you can't escape it once you make it your own...