a map to keep motivated as a writer 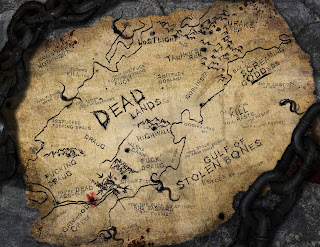 The hardest part of writing, for me, is motivating myself to keep going. Some days, trying to be an Indie writer seems like the stupidest decision I ever made. Maybe I would have been happier as a reviewer, instead.

Because this is tough. It's tough to get the sales. The attention. the reviews. The break.

Now, there's a lot of articles out there which will preach secrets to getting that attention. All of those ways are flimsy and ethereal. They're directionless positive reinforcements telling you to build your social presence or some such. But what if you're an introvert? That's hard.

All of them mean nothing if you don't have an audience.

And there's articles on how to get that, too.

There's services which advertise that, for a price, they'll promote you to their secret list of readers.

Oh? Well, when I was a reader, I never belonged to any secret lists. So, I doubt any of my readers are on it. And can you believe the numbers they tell you are waiting for your book? How many of those numbers are interested in the genre I write?

Everywhere you turn, there's a scammer or thinly-disguised advertising in the form of advice. You can literally drown yourself in google-fed ads which lead to spammy little tools which promise all kinds of solutions but are no better than an excel spreadsheet or some commonsense.

Neither of which will really solve your problem.

Because the break is only achieved through luck. It's lightning in a bottle.

This month, despite having so much going for me and so many plans for what I want to achieve, I feel at my lowest point. I feel like I'm going backwards, not forwards. I feel like this world I created, which I adore to my bones, is destined to simply be my hobby. A thing I can tinker with rather than devote myself to.

This week, I received a map from Jason Deem. He did one before for me. And the new one was what I wanted. Shadows and chains. Echoes of the first few books. It should thrill and excite, but it made me feel a little down. Like, here's all this money I spend and I don't feel like I'm using it properly.

At this point, a traditional writer might appeal to their agent or their publisher for guidance.

I don't have those.

I am alone. All I have is spammers and scammers and googleads.

So, how to move ahead?

I need a map. A real one. One which careful plots and illustrates. One which provides paths which fork and divide, allowing different journeys to the same destinations. A guide through rough patches and hard mountains. Across wide open plains and rugged river valleys.

That's what I need.

I'm going to take some time off writing for the next few months, I think. Put these things on hold. Try to build that map. And, maybe, if I get it right, I'll know not just where I'm going but how to get there.

Because that's all motivation is, really. It's a way of dealing with the hardest challenges and steepest hills despite the savage storms which surround the fragile little island of you.