my war on pronouns 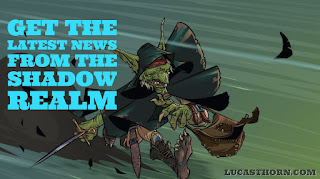 I listen to a lot of punk music. Growing up, I listened to a lot of metal. I wore the torn jeans. Had the long hair. I never quite grew up, in fact. I still don’t like collared shirts and I’ll never work in a job which requires a tie. I’m not sure that I ever consciously wanted to rebel against society by refusing to start wearing plain clothes and listen to Bon Jovi with wistful nostalgia, but I’ve always had a hard time bending to the pressures of growing up and giving in.

Of getting a mortgage.

And, while sometimes I have my regrets (I’ve ‘ad a few – but then again, too few to men-shun – ha ha ha), I don’t regret the paths it has led me to explore over the years. While I encourage all the younger people I know to get real jobs, I couldn’t face doing it myself. And, if I could go back, I’d probably only do something worse and live in a trailer beside the beach somewhere. Again.

My rebellion isn’t one of in-your-face two-finger salutes. It’s more cynical and quiet. Kind of nerdish. I refuse to listen to the radio. I don’t watch TV with advertisements. I do not own a Che shirt. Some of my friends joke that if something is popular it means I will automatically hate it just on principle.

It was only fair, then, that I brought this instinctive rebellion to my writing. I remember writing a lot during my teens, thinking I was awesome. And it might surprise you to learn I cut my teeth on horror stories despite wishing I could write scifi. I never felt good enough to write scifi. Horror was where I began. Specifically, vampire stories at a time when vampires weren’t very popular. This was just before that grey time when the Interview With a Vampire movie came out and turned vampires emo. It’s what I was reading at the time, too. I was enjoying the Necroscope series by Brian Lumley, the Don Sebastian Chronicles by Les Daniels, Chelsea Quinn Yabro’s more historical romance St Germain Series, and even the Anne Rice novels.

My favourite was Poppy Z. Brite. She brought a kind of street edginess to the genre which was refreshing in a big way. I loved her goth style as I’d just exited a goth-industrial phase (surprise!), and also liked her imagery which seemed to grab from all over the place. I loved Lost Souls. It embraced being different, which is pretty much the chorus to every goth’s life.

It was from these horror stories, and my dream to write just like them, that I learned the value of well-placed gore…

When I made it to Uni, I was 21. I had left going for a long time while I explored art and the usual teenage angst things you do when you leave home at 15 and don’t really know who or what you are, let alone what you want to be. It wasn’t so much exploration of myself as much as a desperate need to not self-destruct.

I remember by the time I made it to Uni I already considered myself to be too cool for that school. I was obviously far too awesome and there was nothing I needed to learn. Luckily, unlike most people with an ego the size of Jupiter (and a love of heroin spoon stories), I lost that misconception pretty quickly after I got to one of my poetry classes tutored by Zan Ross. I remember Zan being enthusiastic about editing your poetry. What I took away was the need to cut words. To slash the poem down to its core, gutting it of unnecessary words. Any useless description or pretty language which acted only to be pretty. Adverbs seemed to warrant particular slashery. Show, don’t tell was the mantra at my Uni at the time.

I worked hard on that, because I could actually see the point of it. It was one of about three important things I think I got from my Uni when it came to wrestling with my own writing. I really admired the idea of ripping prose apart to bare its bones. I wrote my first books with this in mind. While not very good books (another lesson I learned was that you could pretty much accept that the first book you write is shit – and I feel this is true), they explored this sense of sharp prose. I aimed for shorter sentences. Less adverbs. 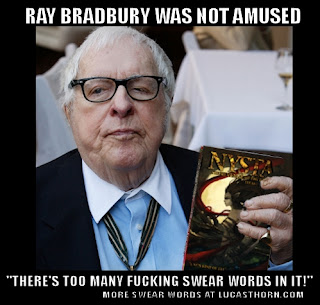 Then, I discovered Eric Dando, whose work Snail is one of the single-most important books to me as a writer. Eric (his works can be found on Smashwords) has been criminally neglected by local publishers. His book was pure poetry. Fragmented and hilarious segments interwoven into a story. Almost a diary. It’s gentle and humorous. It’s a work of absolute art despite its subject being what it’s like to live in share housing in the 1990s. I have no idea why this book was abandoned by Penguin and why He Died With A Felafel in His Hand became more well-known. Dando’s book was better. It was also where I learnt you don’t need impressive words to make a great story. Dando used simple language, but well-constructed in tone and texture. I could rant about it for days, but it was the book which taught me: keep it simple, stupid, because simple is not always stupid.

When writing my first drafts of Revenge of the Elf, I took a lot of the lessons I’d learned over the years and tried to weave them into something every writer yearns for: my personal style. I took a real risk with this, because though I wanted to write something accessible to a larger audience, I couldn’t bear to give up my rebellious streak. I tried very hard on the first draft to be “normal”, and failed. I failed because I couldn’t be normal. I’m not normal. I don’t imagine myself to be any kind of literary writer by any means, but I do try to be an artistic one where I can. I try to fill your head with imagery, even if that imagery is distasteful and melodramatic sometimes.

So, what led me to slash pronouns?

And then a few more.

And found I really did like the way it made the action POP. It’s like it turned it into a comic book. Or a fast stream of conscious poem fuelled by energy and violence. A list of scenes crashing into each other with frenetic pace.

I loved it. Along with my allergy to adverbs when describing speech, I feel it has defined my style and turned what might have been a bland page-turner into something I’m hoping could be seen as violent expressionism. Splashes of sentences slapped across the page in glorious colours.